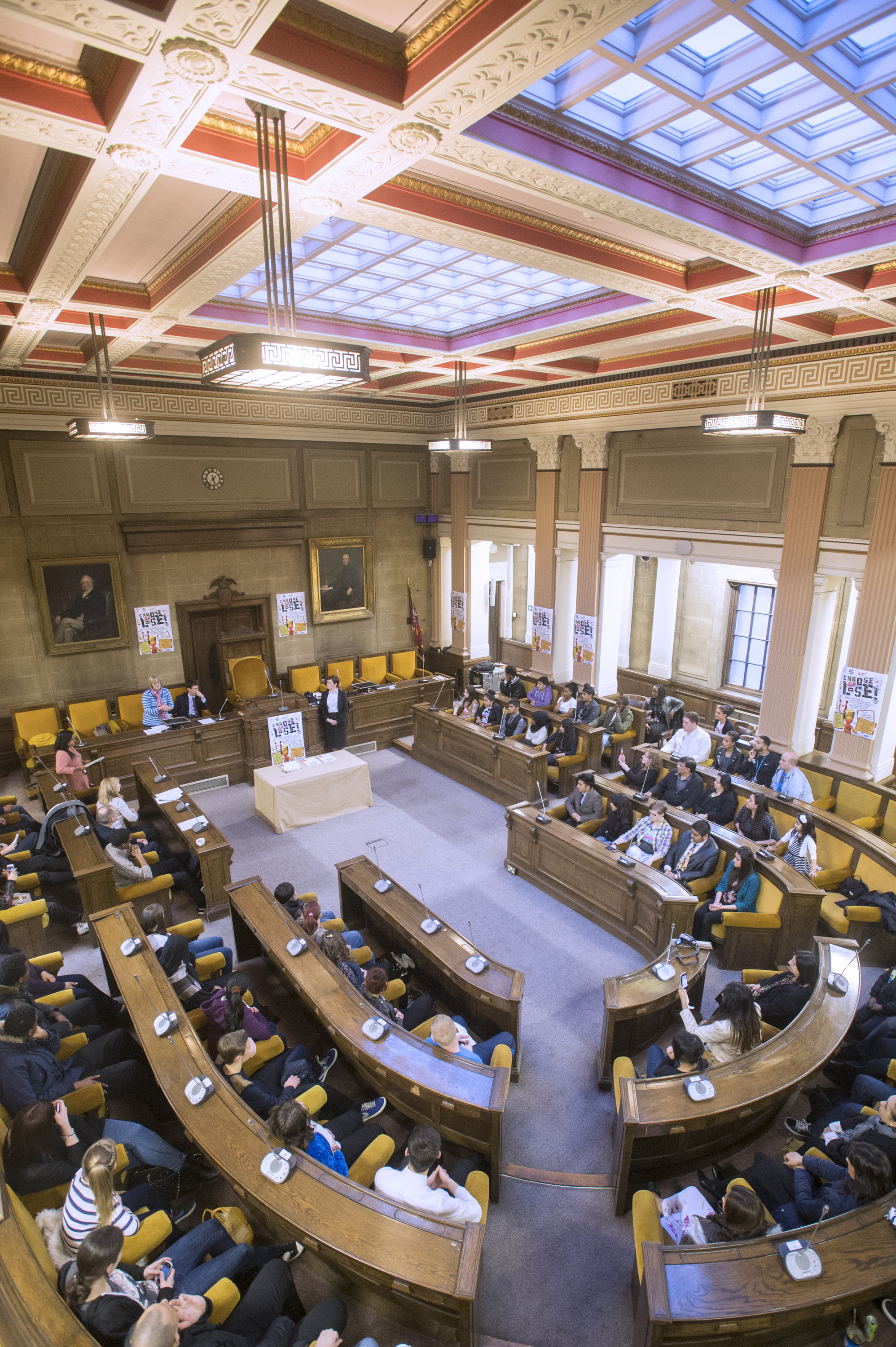 Elected members of the Young People's Council (YPC) represent your views on issues that affect you. After they are elected, you can meet your local YPC representatives and put forward your needs and issues. It is then their job to make sure your views are heard.

What does the young people's council do?

Elected members of the YPC represent your views on issues that affect you. After they  are elected, you can meet your local YPC representatives and put forward your needs and issues. It is then your rep’s job to make sure you views are heard.

The YPC has the biggest role of any youth participation group in Leicester. Its members are invited to work alongside members of Leicester City Council on all major issues concerning young people’s services. YPC reps sit on the children’s scrutiny committee with council members. Here, they look at council decisions and hold councillors to account on matters that affect young people. They have seats on the police community gold stakeholder group, which discusses issues related to crime prevention, anti-social behaviour and policing.

During September 2018, members of the YPC carried out a city-wide consultation in conjunction with U.K. Youth Parliament colleagues, 3,237 young people took part and voted on the top ten issues for young people across the city. The top five issues are highlighted below.

These issues were then debated in a live debate in the Council Chamber on 29 October 2018, which was webcast. YPC members were then asked to vote for their two preferred Generation Select inquiry campaign issues. The two issues voted for were:

Why join the Young People's Council?
"The opportunity to be at the helm of such a meaningful piece of work as this mental health inquiry was the reason that I decided to join the Young People's Council. With this report we have given a loudspeaker to young people across the city and I hope that it will be instrumental in vital change being made to Leicester's mental health services for the better." - Grace Read (Panel Member).
Grace Read - panel member