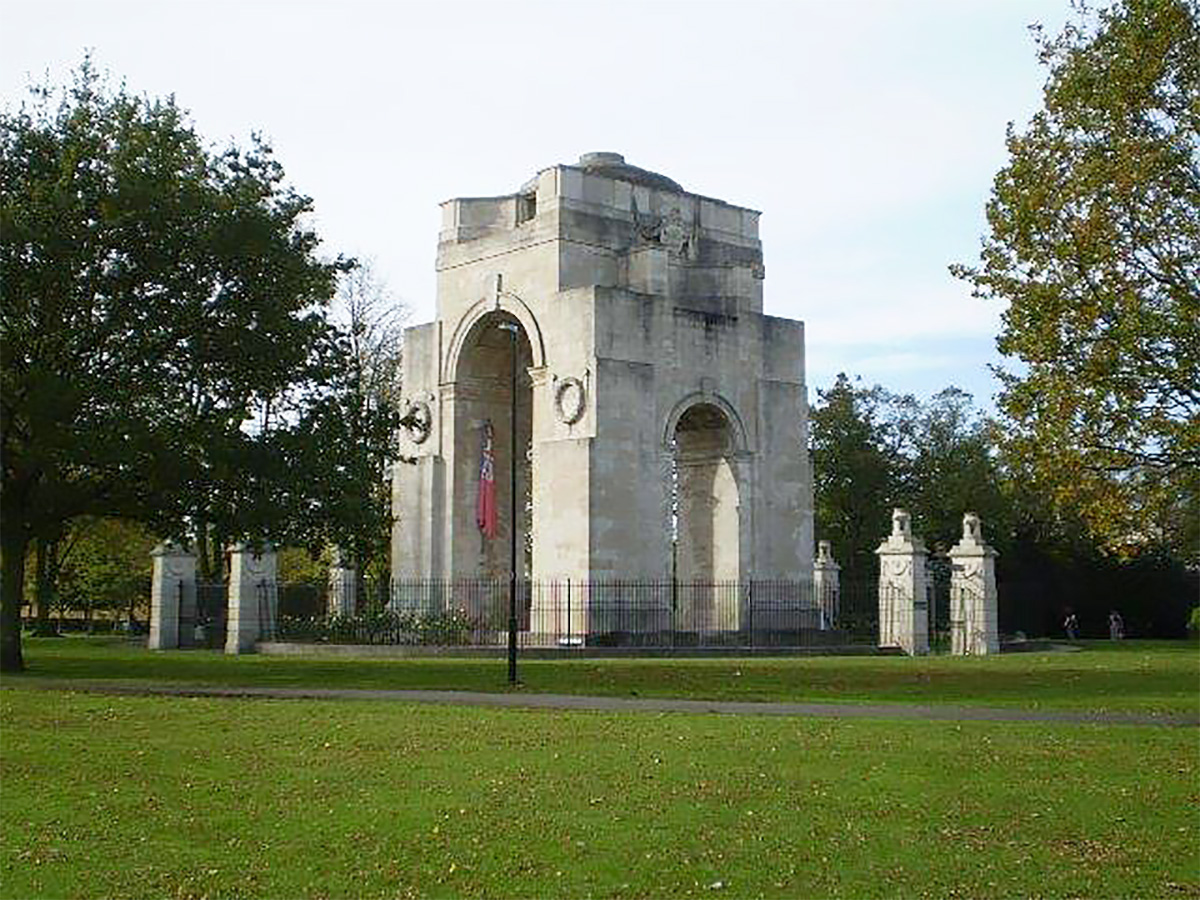 Victoria Park was the city's race course until 1883, the park now has thoughtfully laid out pathways shaded by avenues of trees dividing its 69 acres of open parkland.

There are two war memorials on the park, the most notable of which is the magnificent memorial arch (Cenotaph) built to commemorate the dead of the First World War. A small Rock Memorial located near to the pavilion commemorates the American 82nd Airbourne division who were based in Leicester prior to the D Day landings in 1944.

Both the Victoria Park Cenotaph and the two lodges which front onto London Road were designed by Sir Edwin Lutyens famous for designing The Cenotaph in Whitehall London.

Leading up to the memorial arch from University Road is Peace Walk flanked by flower beds which provide a formal approach to the Cenotaph.

The park hosted fairs in the 19th century and continues as a venue for large community and cultural events.

Victoria park has an active 'friends of' group, which meets quarterly.

How to find us

Send us a message