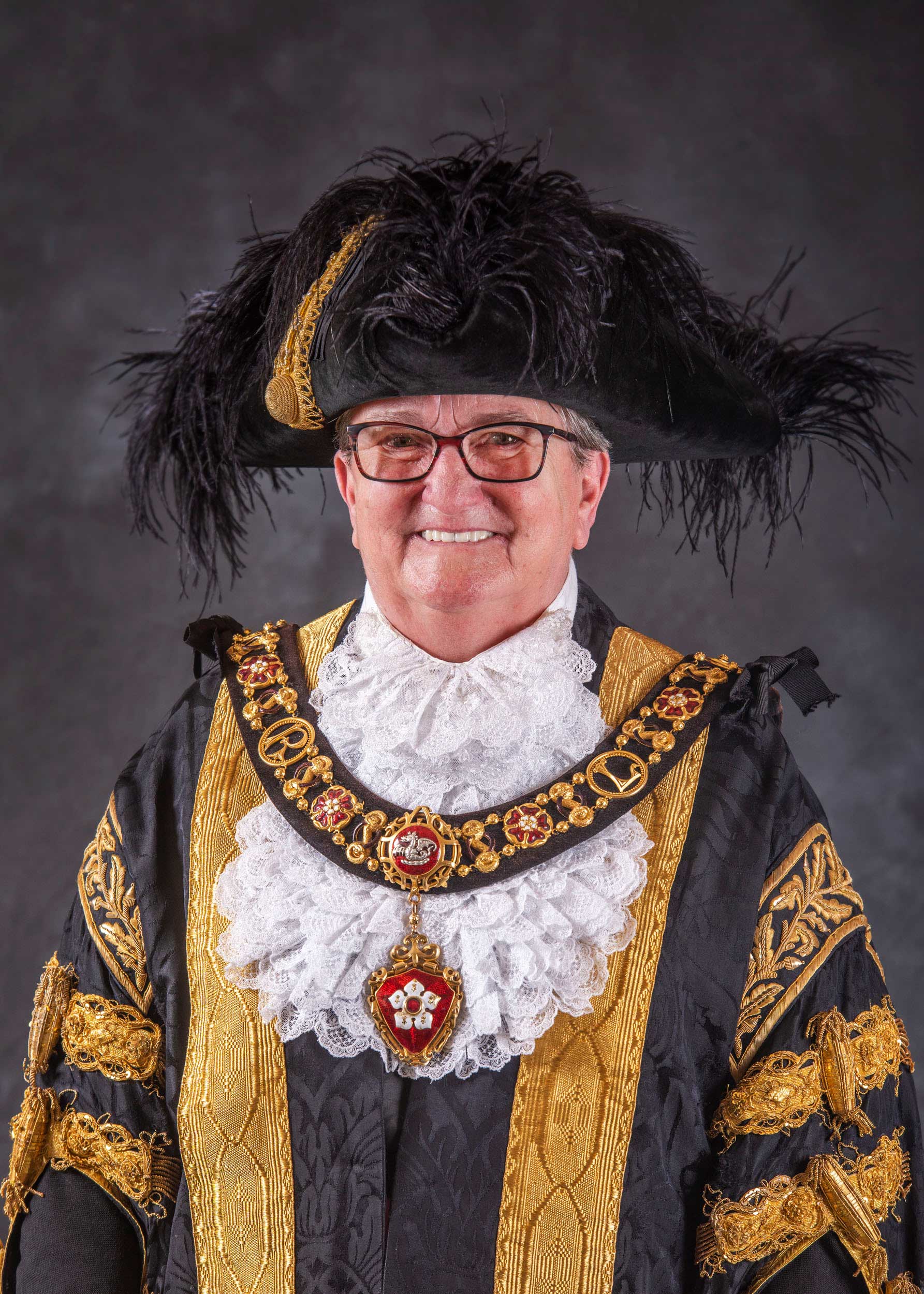 The Lord Mayor is Leicester's first citizen and is elected each year at the annual council meeting in May. The Lord Mayor for 2019-2020 is Councillor Annette Byrne.

Councillor Annette Byrne was born in Belgrave and has always lived in Leicester. She was educated at Rushey Mead School for Girls and from school went to work in the hosiery trade.

She has been a strong Labour Party supporter since she was old enough to vote and stood for election at the city council elections in 2007, when she was duly elected in the Abbey Ward. She is a fierce advocate for Leicester and works tremendously hard in her community to support and help the local people. She has seen the Mowmacre Hill Estate grow over many years, once the smallest in Leicester, and back in the 1980’s, joined forces with local women to set up a youth club for both young girls and boys, which is still running today.

The Lord Mayor has invited her daughter, Tara, to be Lady Mayoress and her close friend, Councillor Sue Hunter to act as Consort. She will also be supported by the Deputy Lord Mayor, Councillor Deepak Bajaj and the High Bailiff, Councillor Paul Westley.

Councillor Byrne has chosen to support two charities throughout the year; one being the People’s Dispensary for Sick Animals (PDSA) who offer low cost and free veterinary services to pets of people in need as well as promoting responsible pet ownership. The other charity being supported is The Air Ambulance Service, which operates two helicopters providing rapid response to trauma and medical emergencies.

Role of the Lord Mayor

The role of the Lord Mayor is primarily a ceremonial one, maintaining and promoting the interests of the city and its citizens, and attending a variety of engagements during the year.

The Lord Mayor is an elected city councillor. Throughout their civic year of office, they must remain impartial and are unable to be involved in any political or contentious events/issues. In this respect the Lord Mayor’s role differs from that of the Elected City Mayor, which is a political role and is responsible for the executive decision making of the council.

Inviting the Lord Mayor to an event

﻿
Invite the Lord Mayor to an event

If you wish to invite the Lord Mayor to attend your event, you should complete and submit the online form at least four weeks before your event. For guidance or any other queries, please use the email below to get in touch.

Information on former civic office holders is retained by the Member and Civic Support Team and can be made available by sending them an email to lord.mayor@leicester.gov.uk.

Send an email to the Lord Mayor's office: lord.mayor@leicester.gov.uk