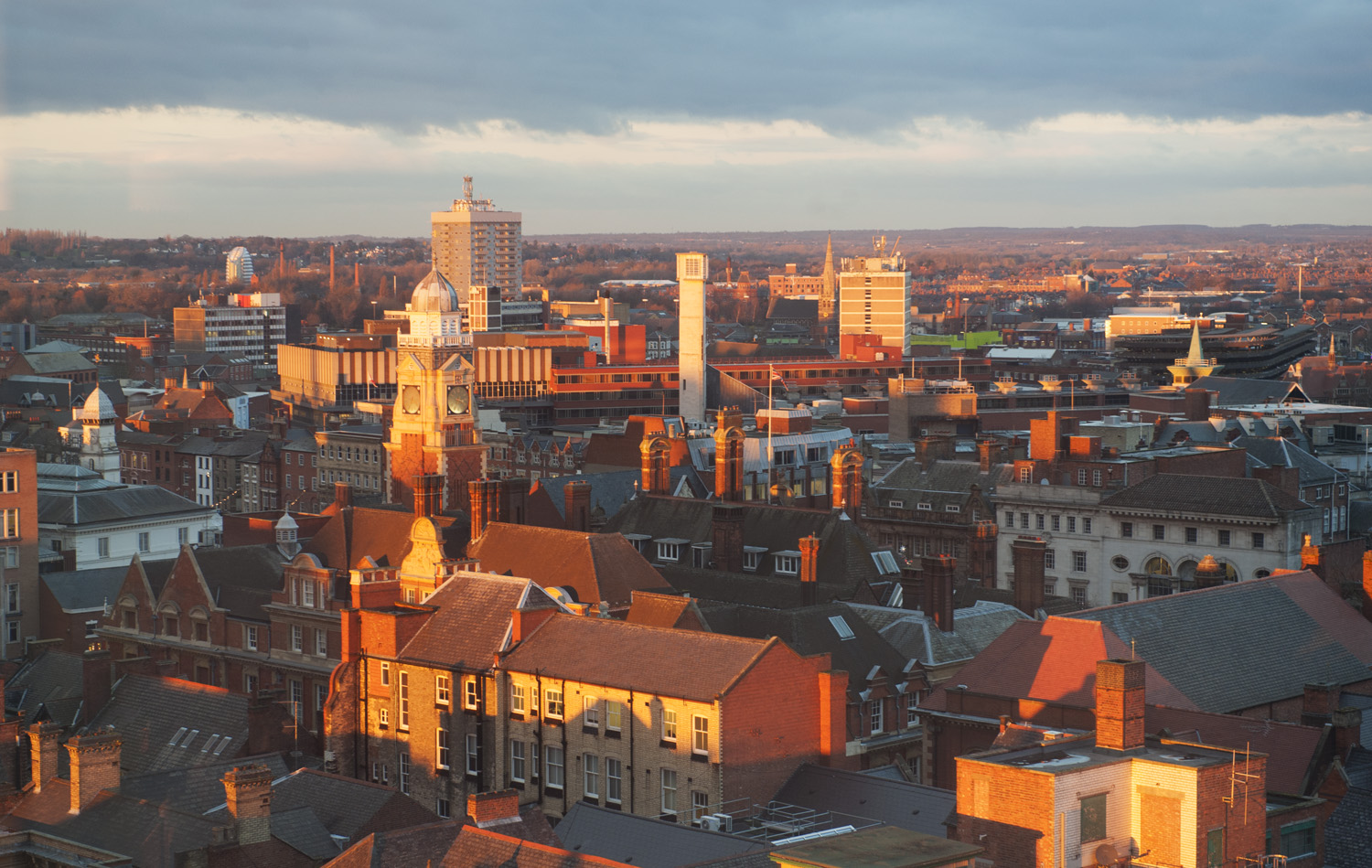 With a population of more than 300,000, Leicester is the largest city in the East Midlands and the tenth largest in the country.

Its importance was first recognised by the Romans and later by the Danes, who used it as a strategic stronghold to control the Midlands.

Since then it has developed into a major commercial and manufacturing centre, known better for the diversity of its trade than for its dependence on a single industry.

It is also a historic meeting place. For centuries people of different races and cultures have gathered in Leicester, creating a rich and unique heritage. This diversity continues today, and continues to enrich city life.

The picture shows Leicester's Town Hall and Town Hall Square. The Town Hall was the first civic building to be built in the Queen Anne style. It is made of red brick and has a large clock tower.