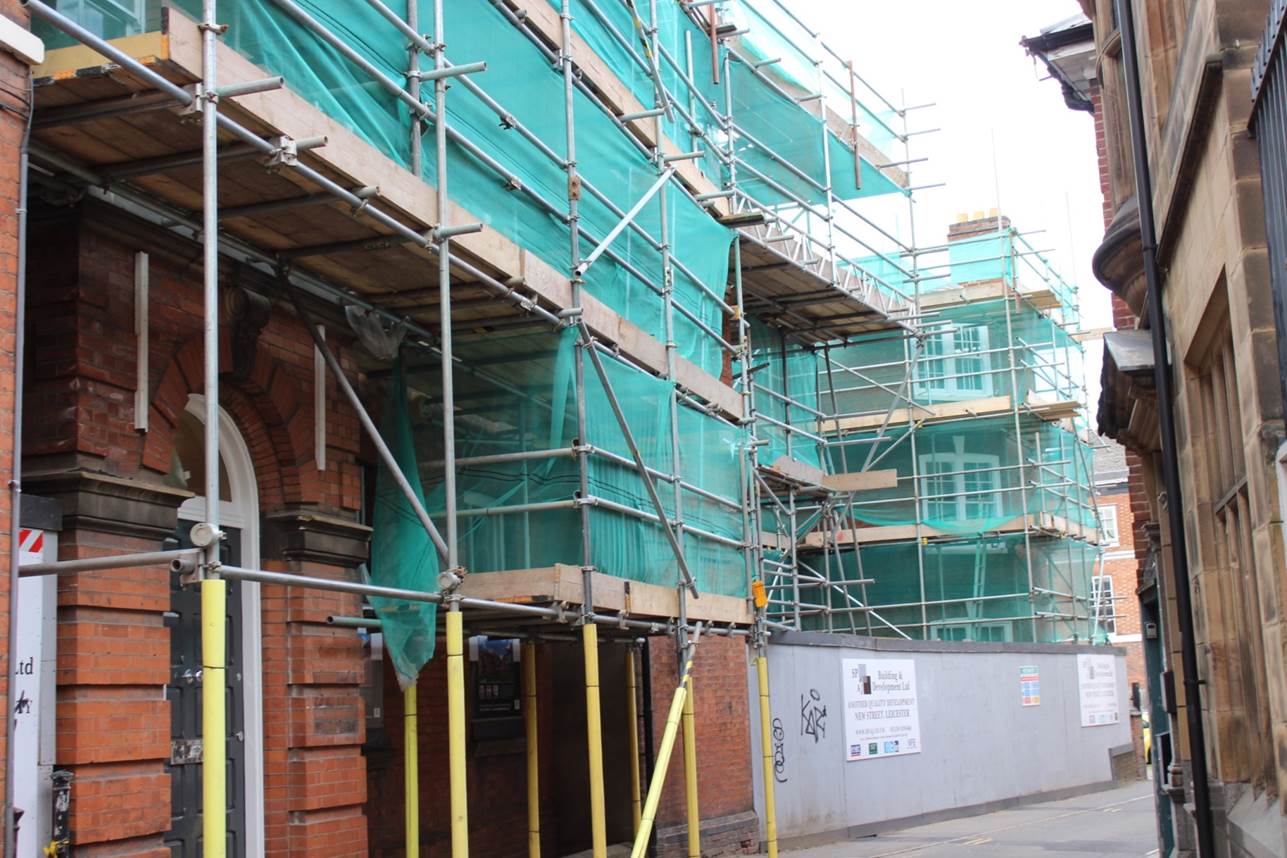 New Street was laid out during the 18th Century. The domestic scale and Georgian architectural features have created a particularly significant townscape. New Street contains arguably the best Georgian townscape in Leicester.

What are the plans?

By 1835 New Street had become the location of Leicester's legal professions, although the majority of firms have now left the area, leaving empty office buildings. Fortunately, the area has attracted renewed interest as high quality housing.

2 New Street is A Grade II listed eighteenth century townhouse, built on land which was part of the old Greyfriars Monastery, and is now used as a barristers’ chambers. Ninety-thousand pounds has been granted to re-roof the building and restore it to its former glory. The property remained a private residence until the mid-1860s. Since then it has been home to a number of business including: Solicitor, County Court Office, accountants, Conservative and Unionist Association, WW I relief charities, auctioneer, yarn agent, boot and shoe machinery agent, oil merchant, insurance loss adjuster, and barristers chambers.

9 New Street was the site of a Turkish Baths in the 19th century. The present building is later, probably early 20th century, and makes some concessions to  its Georgian surroundings in its use of sash windows and a Classical style door case.

Beyond is 11 New Street, a mid-18th century Grade II listed building with splayed brick bays on either side of the central doorway which has a six panel door and a traceried fanlight. The three storey building at 13 New Street dates from the late 18th century and has a roughcast front and restrained decoration – simple horizontal bands, pilasters and sash windows. 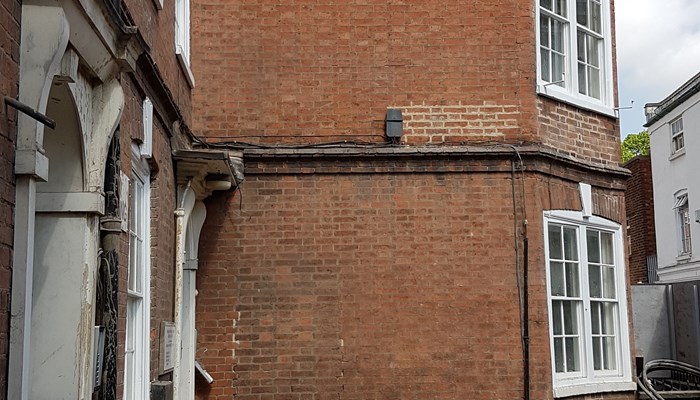 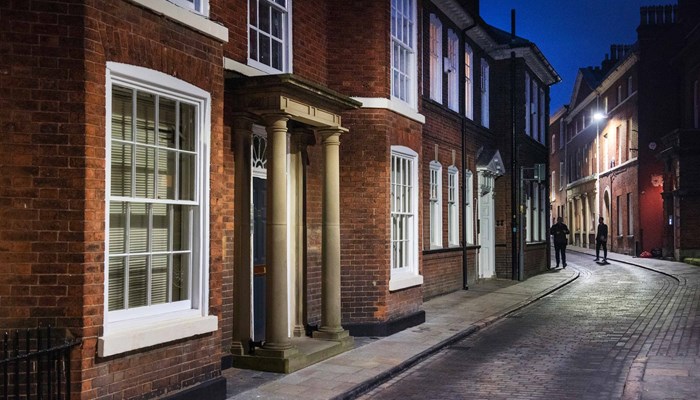 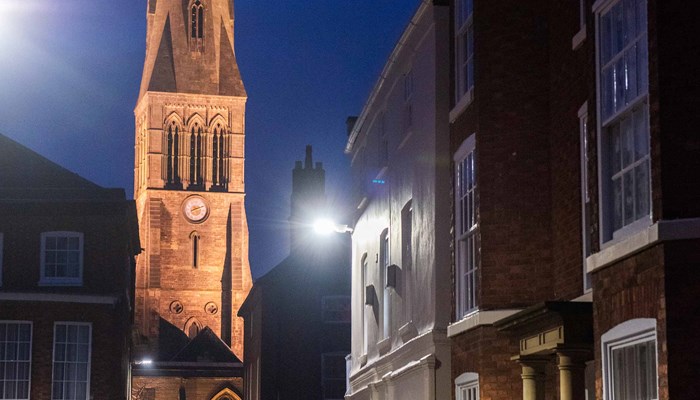 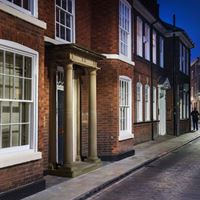 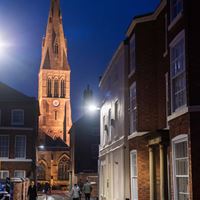