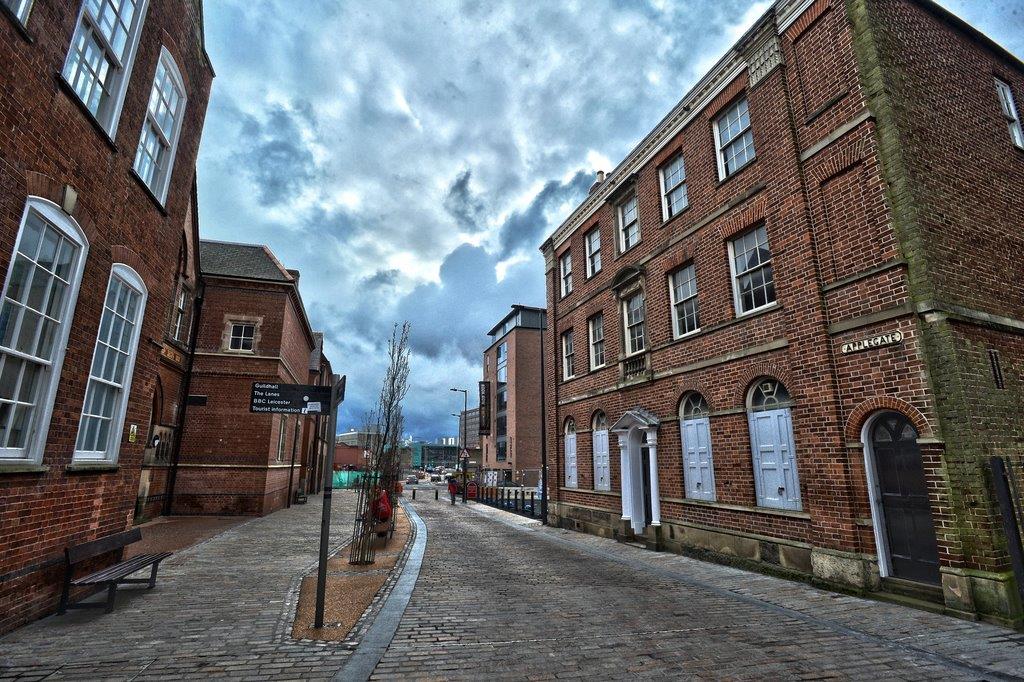 These projects are helping us deliver the wider vision to reconnect the historic buildings, heritage sites and the modern heart of the city. As well as being about creating a better-connected city centre, these projects will lead to other social and economic benefits.

Silver Street's paving has been refurbished to mark the entrances to the Malcolm Arcade, Royal Arcade and St Martin's Shopping Centre.

The stunning tree lined Georgian promenade to the historic heart of the city will be extended all the way to the Newarke area. Newarke Street has been refurbished to enhance the pedestrian and cycle thoroughfare. Widening the pavement, linking the route from Jubilee Square via Southgates and Applegate and making it easier to cross the inner ring road has also been completed.

A new pedestrian-friendly route has been completed, creating an attractive approach to the 15th century built Wygston's House, helping to link all the city’s heritage attractions with its modern shopping areas.

Guildhall Lane has been re-paved and new seating and trees have also been added, creating a pleasant sitting area and entrance to the north porch of the Cathedral and the Guildhall. Guildhall Lane now provides pedestrian-friendly access to the new Jubilee Square and Wygston’s House.

Peacock Lane has been revamped as part of our aspirations to extend the pedestrian routes to the centre of Leicester. New features include large trees and planters with bench seating and a paved roadway.

Extensions to the city centre pedestrian-friendly routes to Hotel Street, Grey Friars and St Martins provide links to Leicester' rich heritage and will also increase accessibility through to Leicester Market and other streets.

We have created better footpaths and a separate cycle lane along a stretch of Welford Road, from Newarke Street to Lancaster Walk. The new two-way cycle lane has replaced the bus lane on Welford Road.

Pavements have been improved to create a more attractive environment for pedestrians and cyclists travelling to key destinations such as the two universities, Jubilee Square, Cathedral Gardens, King Richard III Visitor Centre, and the New Walk Centre development site. Key features of the development are:

Friars Lane and Millstone Lane have also been improved, with footpaths reconstructed with high-quality concrete block paving and carriageways resurfaced in asphalt. Footpaths have been widened and new trees planted to create more attractive routes for pedestrians through the historic area. The proposals will also bring the five streets into the existing restricted zone around Peacock Lane.

We have created a major new open space at Jubilee Square, constructed in natural porphyry stone. This is not only a space that people can use to relax and enjoy, it is also a space that can hold events and has been the site for the ice rink and the big wheel at Christmas in recent years, as well as being used for other events.

We have also improved the facilities for pedestrians and cyclists to move around the adjacent St Nicholas Circle, provided a new access into Castle Gardens and removed the Harvey Walk footbridge which for long time had been an unsightly eyesore, used by very few people and obstructing the ground level footways.

We have created a major new open space by the removal of the old indoor market, which was replaced by a stylish new indoor food hall.

The new square is surfaced with natural porphyry stone and provides another space for visitors to enjoy and can also be used for events and special markets such as the Christmas market. Some of the roads around market have been reconstructed to complement the new square and further works are planned.

We have built a new bridge for use by pedestrians and cyclists over the canal from Charter Street near the Morningside Arena and provided a new access from it into Abbey Park.

This bridge is linked to the city centre via improved cycle and pedestrian facilities on Charter Street itself and by the creation of a new piece of open space at Archdeacon Lane where the route links into the improvements being provided on Belgrave Gate.

In conjunction with De Montfort University (who funded the scheme) we have completely reconstructed Mill Lane. Along with development of new University buildings adjacent to the street with additional open space, this has created a dramatic linear park through the heart of the campus which also links the city centre to the riverside.

This is a significant asset to both the University campus and the nearby residential areas who can not only enjoy the space but also use it a safe and quiet route into the city centre.

In conjunction with the redevelopment of the former city council office site to provide office and residential accommodation, we have pedestrianised and rebuilt a part of King Street.

In order to assist the increasing numbers of visitors to the city centre to find their way around and locate the attractions of interest we have invested in a comprehensive wayfinding system in the city centre.

This is made up of monoliths featuring a new purpose designed map showing key features and destinations along with directions to these locations which are also shown on fingerposts forming part of the network.

The maps and monoliths are oriented to match their locations so that visitors can easily find their way around.